Full Specs and overview of the DJI Inspire 1 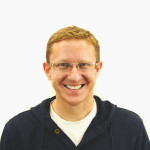 Guest contributor Bernie Hoffman of Autonomous Avionics in Denver, Colorado, is an expert in building and maintaining drones.

So what is the Inspire 1? The DJI Inspire 1 (model number T600) is an advanced aerial video and imaging drone. This is “not” a phantom 3 or a phantom killer. The Inspire 1 is in a completely different category from any other multirotor on the market today. It takes all of the great features of the bigger DJI models (like the S900) and puts them in a small, ready to fly and easy to use package.

The price for the DJI Inspire 1 will start at $2899 and go up to $3399 with an added controller. Now that probably seems like a lot of money at first, but you have to look at what you’re getting.
Lets look at how much it would cost if we wanted to take a DJI Phantom 2 and add all of the functionality of the DJI Inspire.

After adding all of the extra electronics that you would need, a modded Phantom 2 would actually cost you more money in the end than the Inspire 1. There’s also a bunch of other features that you just can’t add to the Phantom, like ultrasonic and optical flow sensors.

Transforming Design: The biggest thing that sets the DJI Inspire 1 apart from any other drone out there is it’s unique transforming design. This design allows the propellers and landing gear to raise up in flight to maximize visibility. No longer will you have to Photoshop or crop out landing gear in your shots! Also, the camera mount is located near the front of the drone. That way the landing gear can’t be seen in your videos while in forward flight.

First All-In-One Aerial Film Making System: Everything you need to start shooting professional quality video and images from the camera to the Live HD video downlink is all included in one package.

Ready-To-Fly: Everything comes virtually assembled. Just like the DJI Phantom, all you might have to do is mount the props, calibrate the GPS etc… Then go fly.

Super Lightweight Design: Even though the Inspire 1 has so much stuff onboard, the total weight is only 2935 grams. The reason for this is because a lot of the parts are made from high quality carbon fiber (just like on the bigger drones).

Pretty Good Flight Time: The flight time of the Inspire 1 is not what I would call amazing, but it’s not bad either. Supposedly, you can get about 18 minutes of flight time before needing to recharge, which “is less than the phantom” BUT this is a much bigger quadcopter. It’s also carrying a lot more electronics on board so you have to cut the Inpire 1 some slack. DJI should also be coming out with an optional battery in the future that has about 1200mAh more capacity then the stock battery.

Optical Flow Stabilization: One of the biggest features of the Inspire 1 is the new array of sensors onboard, one of which being the ultrasonic and optical flow sensors. These two sensors combined can be used to automatically stabilize the aircraft indoors (even without GPS signal). This could virtually eliminate “fly-aways” (drones flying away uncontrollably) that some people have reported with their phantoms and even bigger DJI models.

New C1 Controller: The controller for the Inspire 1 has been designed from the ground up. It might look similar, but it’s nothing like the original phantom controllers. It has tons of new features like buttons for taking pictures and video, wheels in the back for controlling pan and tilt for the camera, an automatic take-off button, transform button, dual antennas and more.

HD Video Streaming: With Lightbridge integration, you can easily stream HD video strait to your phone, tablet or any HDMI device you own. All you have to do is plug your device into the back of the new C1 controller.

360 Degree 3 Axis Gimbal: The camera gimbal can rotate 360 degrees. This means that you can operate with two people, one flying and one controlling the camera. The gimbal also has a quick release so that other cool accessories can be added in the future.

4K Video Camera: With the new camera that comes with the Inspire 1, you can now shoot 4K video at 24FPS or 30FPS. The video quality is about the same as the new GoPro Hero 4 Black Edition, but there’s a few things that the Inspire 1 camera has that the GoPro doesn’t.

60Mbps Video Rate: If you didn’t already know, the higher the data rate is, the less compression you’ll have in your video. Most DSLR cameras today have a video recording rate of about 12Mbps to 30Mbps, so having a data rate of 60Mbps is pretty impressive. The only down side is that higher data rates need faster SD cards and usually take up more space.

Adobe RAW Format: Just like with the Phantom Vision Plus, the Inspire 1 will also be able to shoot Adobe DNG RAW images. This is a great feature for photographers who like to push image colors to their limits. It’s also something that could put the Inspire 1 camera ahead of the GoPro in terms of photo quality.

90 Degree Wide Angle Lens: One thing about the GoPro that will probably never change is the super wide field-of-view. This is great for action shots, but not the best feature to have on a drone. That’s why on the Inspire 1 camera, DJI has decided to go with a much narrower field-of-view. This makes it much easer to edit in post since you don’t have to remove the fish-eye effect that happens with super wide lenses.